A walk through the journey-First Day

Doing Paperwork for the Embassy! 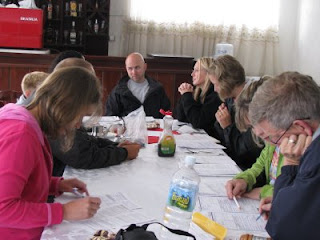 Walking to the HH's gate to meet him! 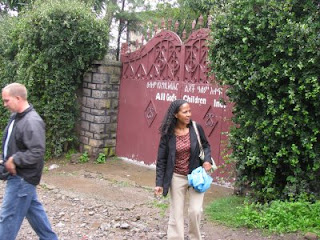 Inside the gate with Almaz. This lady is amazing! She is filled with God's spirit to the max. She does so much with the children, with the parents (adoptive and bio), with the government. I am truly in awe of her. 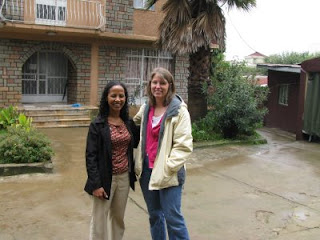 After meeting, I gave him a mustang to play with ..all the kids loved it. Hint to adopting parents: The boys loved the cars that you would roll and it would go on it's own..if I had known how much, I would've bought a couple extra to leave at Hannah's Hope....Even the big boys loved it. 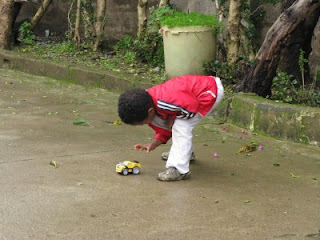 Abenezer discovers Casey's camera and takes a thousand pictures.. Hint: This seemed to be very theraputic for him and the other older kids with us. They were able to take pics of what was special to them. Make sure to let them see the camera. If I had known, I would have taken a cheaper digital so I wouldn't have to be so nervous of him running around with the 'good' one. 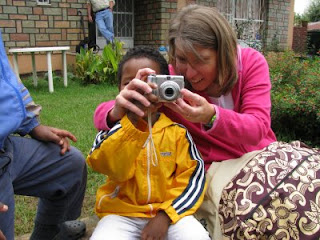 Walking back to the hotel together as mom and son 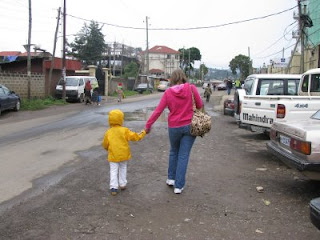 Lunch together at the Union. As soon as the kids sat down at the table, they bowed their heads and prayed.. All of us families ate lunch together and it was hilarious! We had 11 yr old, 8 yr old, 6 yr old twins, Abenezer, and 2 babies. The kids were so funny! They tried to salt and pepper (by sniffing and licking), They drank coke and made awful faces and then would take another big gulp...we were just rolling with laughter...The food came and was shared by everyone..There was no 'your' plate. They even would offer to Danny and Yohannes as they walked by. Good thing none of us were sick...because every germ was shared. Yes, it was yucky...but at that point, none of us cared. 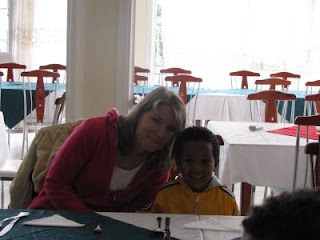 After lots of play with the other kids, we went to our room and got ready for bed. 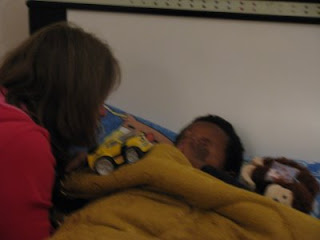 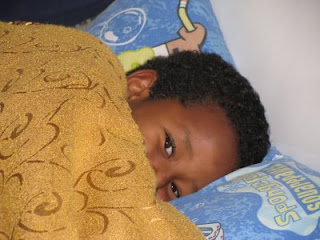