Shots last week and Day at the Lake

Last week Ab received five more shots. It was pretty interesting to see his reaction this time in comparison to last time. The first time he had to go and get them (3 wks after he was home) he flinched and had tears but did not openly cry. When we got to the office this time, he said "Oh No" and that was his word the whole time....He wanted to give Rachel the shots instead and even told me "no ice cream" (that's his treat afterwards) When he finally had to sit in my lap to get them, he resisted, and proceeded to cry, loudly! He also yelled 'Mom' the whole time. I felt bad for him, but I was also glad that he was feeling comfortable enough with me to cry and have a fit. Previously he has always sucked his emotions in and wouldn't let himself cry. I felt the show of emotion was good.

We took off and went to the lake today after sunday school. He saw it and yelled 'ocean!' We ate lunch and had fun checking out all the cool nature things we could find (you guys know I like that stuff!) He is still trying to keep up with Rachel. He copied everything she did down to if she got hot and took her coat off, so did he...she even had a little fun taking it on and off to see what he would do :)

The kids like to be silly and get in a 'salute' line... 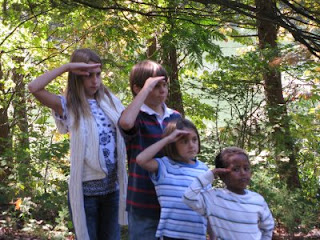 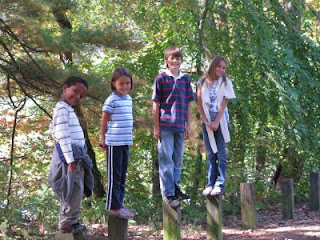 We were all working hard to love on Bekah and irritate her.... She is in the 'don't touch me/embarrass me' pre-teen stage of life 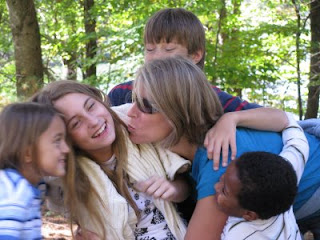 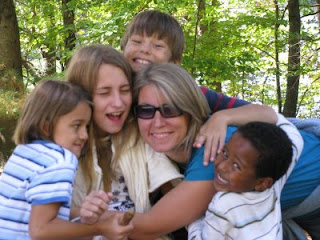 Rachel was standing on a rock at the water's edge and said 'something keeps poking in and out of this rock' and here is what it was: 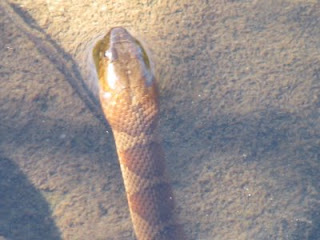 Checking out the fish..notice my hand tightly holding Ab's....he kept saying 'wanna' (which means swim).....Dad didn't want to do any rescues today! 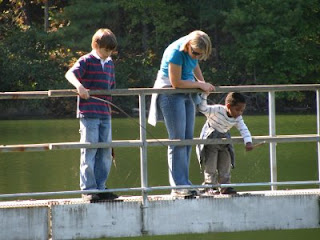 Trying to catch the frogs...we did catch one baby one.. 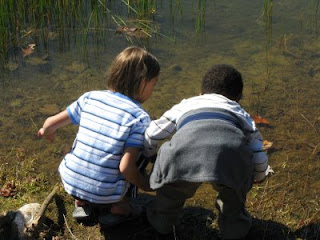 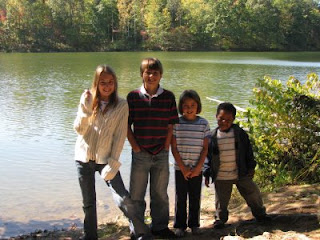