Those of you who know me well, know that I love Jewish history. I love to read on it and I love the Old Testament. Unfortunately part of their history is the Holocaust. The big kids and I went with another family last week to tour The Virginia Holocaust Museum in Richmond. I have been studying for some time now on slavery, oppression, genocide, and things that pertain to that. My senior high Sunday school class has been studying God's heart for the oppressed through The Justice Mission. (more on that in a day or two!)

As I walked in, this was the first thing you see: 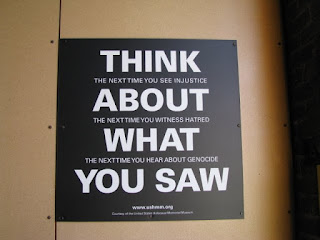 Very appropriate..I had to take a picture!
This is a very well done museum. In the beginning you watch a tape of the survivors in Richmond sharing their stories. Then you go through the museum. You see everything in 'real life' You stand in one of the train cars and imagine the journey with the amount of people. You see what people went through with medical experiments, you went down a tunnel and into an underground chamber and saw the space and people who were in hiding, you went inside a gas chamber, and saw the crematory. You saw the camp for displaced persons....You saw the pictures children drew in the camps and read their poems. It was very eye-opening. After seeing alot of pictures and wondering how people can be so thin yet still alive, Joshua told us that it made his stomach feel very weird. And that was a good way to state it....
Lisa teaching the kids... 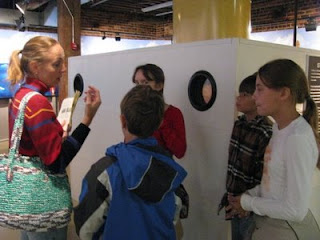 There was a whole section dedicated to the children. Pictures and poems they wrote were on the wall along with their pictures. This was the most heartbreaking for me. 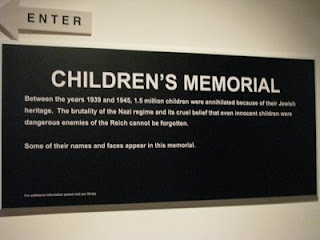 A picture one girl drew ...it shows a mean woman and it says 'no Jews allowed' 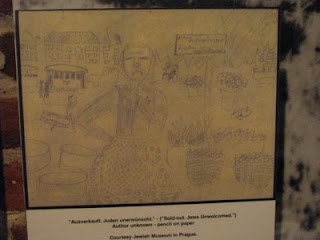 The door to the gas chamber... 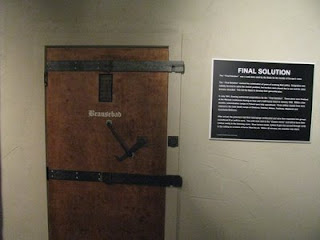 Inside the gas chamber... 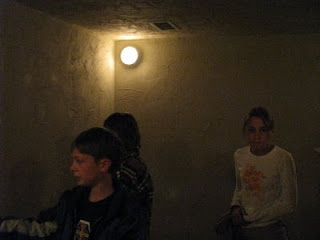 Looking at all of the things that were taken from the bodies after they were dead...hair, teeth, glasses, etc. We are in the crematory room at this point. 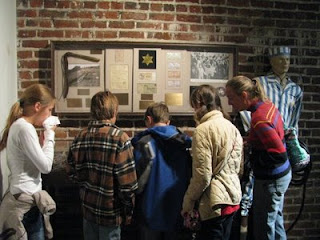 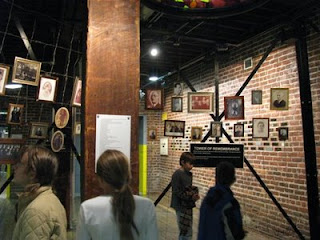 On a positive note, it was inspiring to see the wall of people who DID take a stand and fight back against oppression and do what they could to stop it or to help free people. We saw their pictures and read their stories. I hope and pray given the same choices here and now that I would choose to take a stand for what I know is right and just. 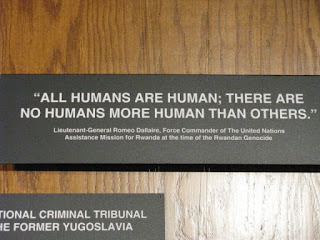