We had a great Christmas at the Knight home. Some behaviorial issues came up with Ab which I think was partly due to all of the activity. I"ll post more on that later. I think alot of it is just a different cultural mindset. We had a great time and some funny things happened.

While putting up the nativity, Ab looked at the Virgin Mary and declared that he didn't like her and Mary didn't like him! (what in the world!) Greg explained how Mary was the mother of Jesus and yada yada yada. Ab then declares, " OK in America, Ab likes Mary!" He was serious as can be!

Then a week later, he saw his first rainbow in America and yelled "Mary makes those in Ethiopia!"

Ab loved the Christmas lights. He enjoyed riding around looking at all of those. Christmas morning was a bit overwhelming but we tried to keep it low key....The kids all exchanged their gifts for each other on Christmas eve. Ab loved shopping for his brothers and sisters. He wanted to by them BIG stuff. I told him at one point that we didn't have that much money and while in the cart, in the middle of Walmart, he puts his hands in the air and looks up to Heaven and says "Jesus give me $20, $20 Jesus, give me" ($20 to him is a boatload of money)

There was also a time that one of those catalogs came in the mail. He poured over all the toys and wanted the $200 electric scooter...I told him it was too much money. He took it and kneeled over it on the couch and began rocking and praying and looked at Josh and said "pray with me Josh!"

This is somewhat of a challenge, he thinks he can have anything he wants here (to him we are super duper rich) and he is so used to praying for his needs with a fervent spirit. Yet, his need here really isn't a $200 scooter!

Below are our getting the tree pics. Ab thought that he could cut it down and drag it all by himself! He found out that he needed help! 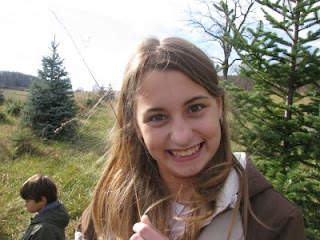 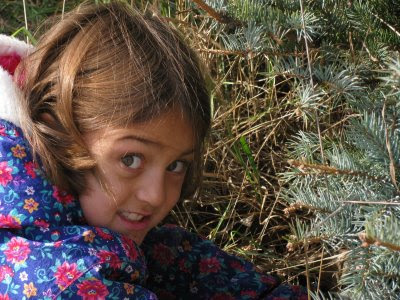 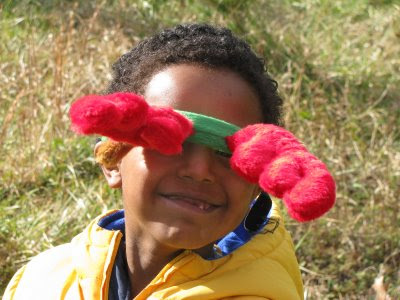 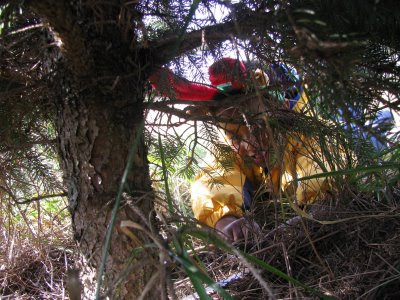 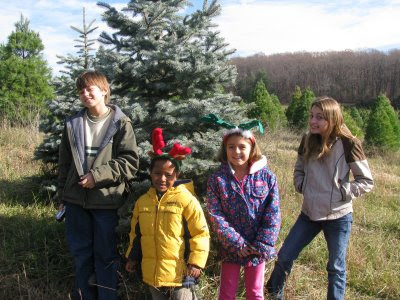 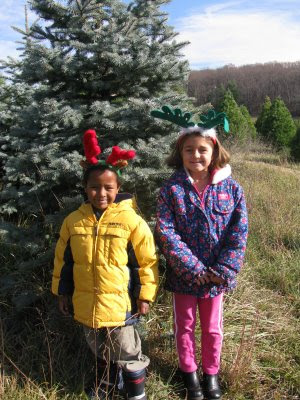 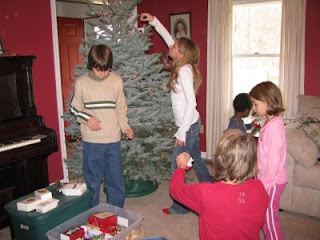 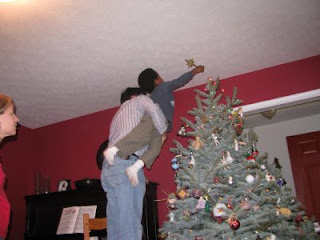 Ab putting the star on the tree! Look at those dirty socks! Guess who needs to mop her floor!
Posted by Charisa