Ab loves to ride his bike...The 3 kids will be out there for a long time riding around. Ab also loves to copy big brother Josh. This led to his first big bike wreck. He was trying to stand up and ride and lost control...still standing up and not able to brake.....which led to him landing face first in the wood pile you see behind him in the one picture...I was in the sheep pen and couldn't get to him and saw it coming. I thought he was going to be hurt big time...At least we don't have to worry about him losing his front teeth yet!

He got back on and took off again! Hopefully a lesson in being careful....... Nah, probably not. 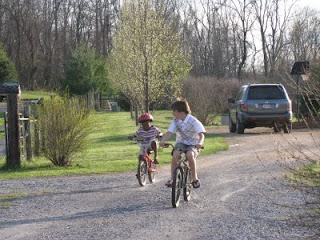 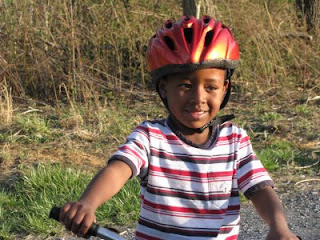 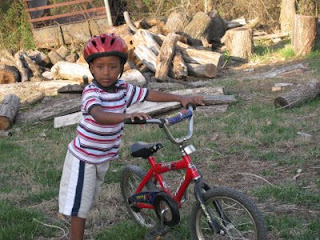