We did the zoo on Thursday and there was alot of walking…for those that don’t know, the girls and I have an inherited skin disease called epidermylosis bullosa simplex . My feet got blistered terrible on Thursday from all of the walking. Bekah's and Rachel’s did better. The next morning we were going to walk to the memorials. I was determined to go and on the way there realized that I couldn’t , plus I was holding everyone back (which was VERY frustrating for me.) So I took a time out to people watch on a bench while Greg took the kids.

Greg took lots of pics so I could see everything without having had to walk to it. We then went to the Smithsonian and we obtained a wheelchair for me to use. Something I have never done…I have always been too embarrassed or prideful…but I broke down this time. Wow, what a new perspective. I have come to discover that when you are seated in a wheelchair that you are virtually invisible to the majority of the people. People will jump in front of you in a line, push past you, ignore you and so on. I was shocked, as was Greg. It was a rather humbling experience. We have always joked about the aggressive wheelchair drivers at Wal-Mart…now we’ve discovered why! Lesson learned, I told Greg that I was going to be more aware of those in wheelchairs from now on!

One neat thing was that Bekah had studied Lincoln in-depth this year and there was a huge exhibit on him at the American History museum. It was rather boring for Ab since he doesn’t know much about any of the history of America. In fact, we discovered that he was thinking Obama was the first president! 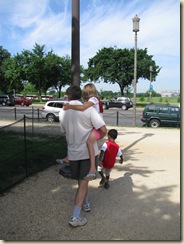 Daddy being a good daddy carrying Rachel because her feet hurt. 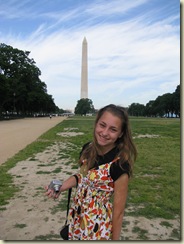 I love this pic of Bekah…she didn’t like it too much. 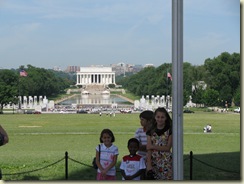 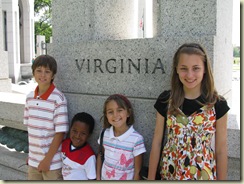 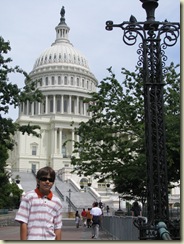 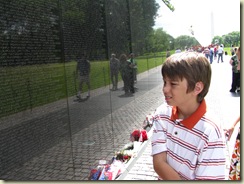 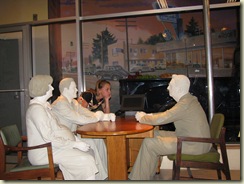 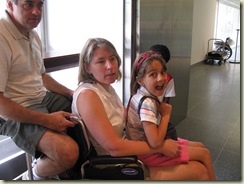 Rachel and I in the wheelchair….she enjoyed it. 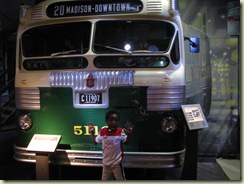 Ab pretending to be hit by the bus.

Seeing all of those animals up close.  He didn’t understand why he couldn’t pet everything.  “Why not?” was his response.

We also went to the museum which was also a first for him.  LOTS of questions.  LOTS and LOTS.  The majority of them I couldn’t answer other than, “that’s the way God made it”  My brain hurt by the end of the day! 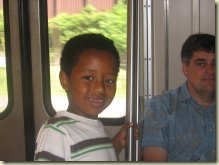 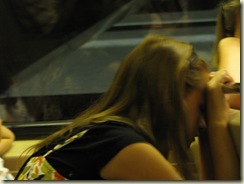 Bekah does not enjoy the metro :) 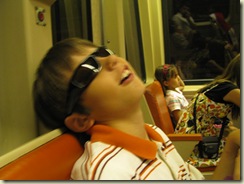 Joshua pretending to be a local by sleeping on the train 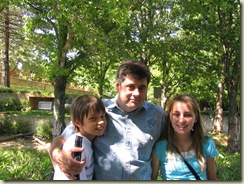 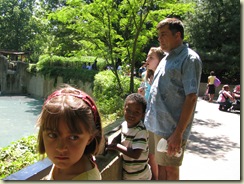 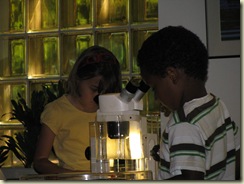 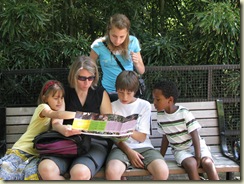 Mapping out our next move! 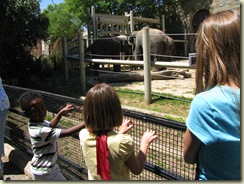 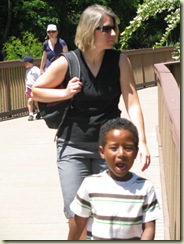 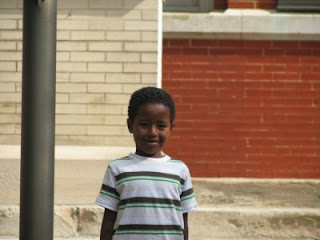 We chose Samuel because just as Samuel was prayed for by Hannah, Abenezer was prayed for by us and many other people who are in our lives.
Our re-adoption papers are finalized and now it is on to birth certificates and citizenship. We are hitting a glitch because of the age change (Ab is really 6, not 5)...but it shouldn't be too big of a problem according to the court clerk.
A funny thing, as we were walking in and I told him this is where the judge is, he asked if they were like the judges on American Idol. Umm, no, not quite!
Afterwards, we went to the coffee shop next door and he was treated with a chocolate chip scone and hot chocolate (with whipped cream of course). Sweet thing asked to take Bekah, Josh and Rachel a hot chocolate too! 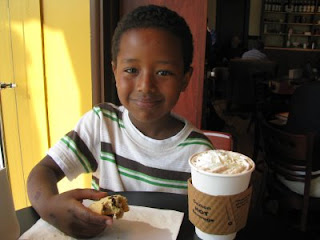 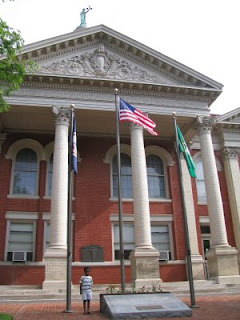 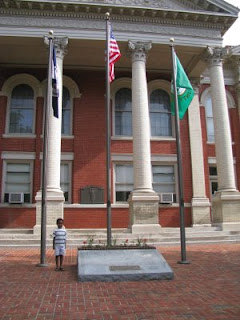 Ab has came a long way since August. I plan to do a post on that soon. As I sit and think about it...it's amazing.
Posted by Charisa 7 comments:

When Am I Going To Turn White?

A laugh for the day....I have Ab in the bathtub right now..I can hear him singing as I type...As I was washing his hair, he asked...

"Mom, when am I going to turn white?"

"Like dad and you and bekah and josh and rach"

me "Bud, you aren't going to turn white"

"Because God made you black and that's how you will stay...I wouldn't want you to turn white"

Ab "Oh, I thought when you come to America you turn white from all the stuff you rub on me"

Oh My! Ab is referring to the fact that I am constantly rubbing him down with one lotion or another from his very dry skin and eczema. He didn't get lotioned up all the time in Ethiopia and now he is and he just put those together that I was making him white!

He cracks me up.
Posted by Charisa 7 comments: 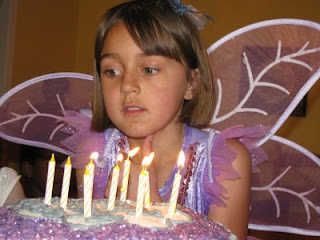 Wow! 9 years! How does it all go by so fast for my baby girl! We had Rachel's party on Friday...It was 'fairy' party where the girls made fairy houses and hunted fairies in the yard. Rachel got all decked out in her fairy costume . Ab also wanted a fairy costume...he settled for his ethiopian duds.
It was pretty amusing watching him deal with Rachel being the center of attention in a big group. He has been the center of attention in so many different ways for a while (something we are working on) that he didn't quite know how to deal with it. While at the table he began yelling "everyone look at me, look at me!" He just couldn't take it. :)
Here are some pics! 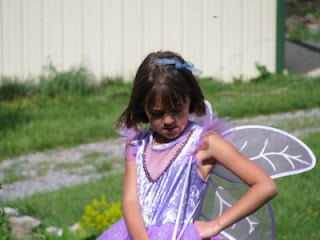 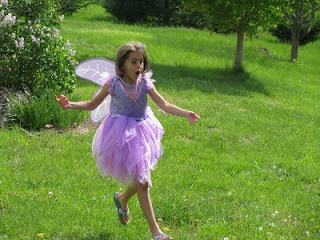 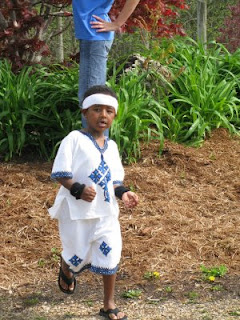