Welcome www.babeofmyheart.com friends! Hoping and praying that Andrea is having a blessed time with her ladies! Feel free to leave a comment on what you think!

Chapter 42…The famine is here and Israel (Jacob) and his sons are desperate so his sons (except for Benjamin) go to Egypt to buy grain. Who do they meet? None other than Joseph. Joseph is now in charge of selling the grain to people. His brothers bow down to him with their faces to the ground (remember the dream?) Joseph recognized his brothers..but they did not recognize him. Question: How in the world did Joseph hold it together? How did he not let anger or emotion overcome him? Remember the last time he saw his brothers is while he was being sold to slave traders as a teen. At one point he did begin to weep (when they admitted to what they had done to their brother). He devised a plan where he keeps Simeon until they come back with their brother, Benjamin (Joseph’s full brother). The brothers go home but Jacob will not allow them to return to Egypt with Benjamin even to save Simeon.

Chapter 43….They run out of food…now Jacob wants them to go down to get more. The brothers declare they will not unless Benjamin goes with them. This time at Jacob’s advice they take gifts for him. (note…wonder how Jacob’s sons felt at his unwavering protection of Benjamin and seemingly not to care about Simeon who was still in ‘custody’ of Joseph in Egypt ?) Joseph saw them coming and had a feast prepared. I am moved by Joseph’s emotion at seeing his brother again. They eat (served apart from each other) and Benjamin’s portions that he was served was 5 time as much as anyone else. That made me chuckle. Think any of the others noticed?

Chapter 44…Joseph devised another plan and sets Benjamin up to have stolen his silver cup (this was a serious crime. the cup represented his authority and was thought to have supernatural powers) They head back to Egypt (imagine their frustration!) Remember Reuben had even offered for his own sons to be killed if they didn’t come back with Benjamin! They go and plead with Joseph telling them of his father’s love for Benjamin and what it would do to him if they didn’t return with him. Judah even offers to remain a slave in Benjamin’s place! Now Judah was the one who suggested selling Joseph into slavery in the first place! Quite a turn around in events. What is Joseph doing here? Some say that he is seeing if his brothers will desert Benjamin and that he is trying to see who they are now…what they’re made of…what their character is.

Chapter 45..Joseph finally loses control and reveal himself to his brothers. and wow…he tells them not to be angry with themselves and distressed for selling me here because he was there because God sent him ahead to save lives. That’s forgiveness! Again he repeats that “God sent me ahead of you” “It was not you who sent me but God” He tells them he will provide for them. They all kissed and hugged and then it says they talked.

Imagine those conversations. Imagine the relief of his brothers to finally have all of it out. To be forgiven by the one they harmed. The guilt and shame to finally be released. What must have it felt like to lived with that. Freedom is finally available to them.

And Joseph…his ability to forgive and love. That is quite amazing to me. He had every reason to nurse his wounds and hold onto revenge and bitterness. The man had been dropped in a well, sold into slavery, lied upon by a rejected woman and imprisoned. He could have yelled “this is all your fault!” He could have made them pay for their actions. But he didn’t. He forgave. He chose to focus on God’s plan and the good that came from that. He decided to choose love instead.

As we look back on our lives, may we see God’s hand in them. Even when we don’t understand .

May we forgive as Joseph forgave. May we let go of bitterness and revenge. May we embrace the freedom of letting go.

A song on forgiveness…I was introduced to Ten Shekel Shirt at an IJM benefit. I am always blessed by their lyrics and heart. 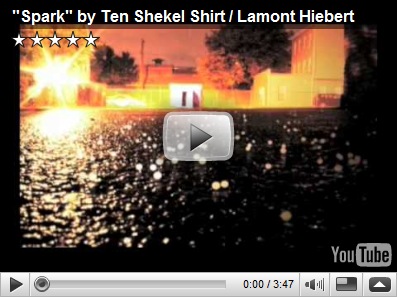