Disclaimer from mom:  I am not responsible for anything my daughter says below.  She told me I was failing at updating my blog so I told her to write a post....this is the result.

Rachel
This is seriously my favorite picture. Ever. I mean really. How could you not love this? 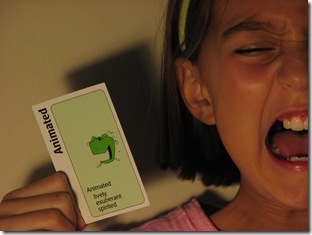 She is the BEST, and I mean best at playing her armpit.

She also has extremely expressive eyebrows. If you watch this video, watch her eyebrows and prepare to be amazed. 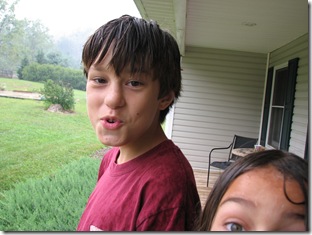 He names his arm hairs. He was telling me all their names then I ripped one off. He screamed, “NO, NOT CHARLES!!”

His bearded dragon is like his baby. It’s weird. He carries it around, pets it, and lets him crawl all over him.

He steals the tv every Sunday afternoon to watch a 4 hour Nascar race. Oh wait. I don’t like that.

He wears socks with holes in them. I tell him, “Josh, your socks are holey.” “Oh. Well then I should wear them to church.” That joke starts to get old after the 9304th time. ha ha.

Abenezer
So we were home by ourselves, and Ab had to take a bath. I thought he knew how much lotion to put on. Apparently not. Never fear though, for he has since been taught the appropriate amount. 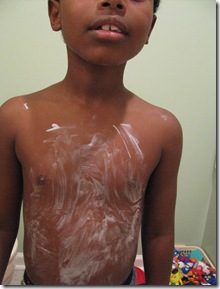 The strange things he says. “Don’t play with pizza, play a game” and “How dare you enter my lair? I am the
king of foddar”—I have no idea what that’s supposed to mean…

I also love his attempts at ‘break dancing’

And I love that he’ll usually participate in my videos. 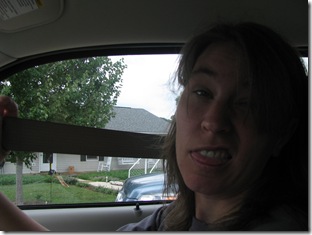 Mom. I love it when she shows me those groovy 80’s music videos. She tries to tell me how cool Menudo, Tiffany, or Steve Perry were. Yeah…Oh! And (this one is my favorite) that she used to play the thriller video to scare her younger sister. That’s sibling love for you.

Also, she keeps dead animals in our basement. Like ones that  you’re supposed to dissect. She likes to cut open dead animals and look at their guts. Strangely enough, I don’t share this feeling. :)

And. I love how on long car rides, she starts making dumb comments about stuff. I can’t even give a good example. Just random things. It can be pretty humorous though.

And get this. Her internet bf4eva Maria, she met (for real) in Guatemala. They act so less momish together its freaky.

And get this, she likes to blog about everything. She even wanted to post this picture of my knee after I had a capture the flag incident. I told her she couldn't, but she still emailed/talked to people on the phone and told them my knee looked like playdough and raw meat. Now I get to post this picture. Ahaha. She will be so jealous when she reads this. 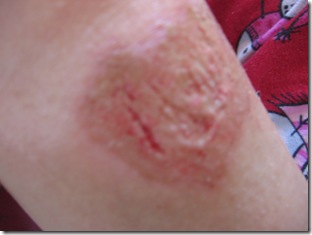 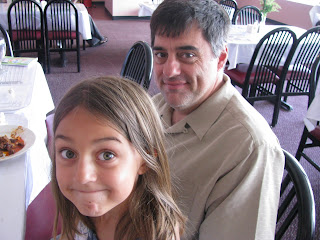 Apparently we don’t take many pictures of dad.

And. This one time, I was playing with my camera and he was peeling potatoes, and I told him I was taping it. He started to sing. “I like peelin’ taters, peelin’ taters is so fun” it was a pretty long song.

Also-Dad and I have decided for Rachel’s sleeping beauty play (she’s one of the fairies, Fauna) that she needs to sing her solo like a rock ballad. “What if we take off our fairy wings, trade in our wands for apron strings, raise her in the woods where ivy grows, and call her Briar Rose.” Don’t those words sound like they’d be good rock ballad material?

Oh yeah-and we sang “Girls Just Wanna Have Fun” on the way to Nashville at 4 am while everyone else in the car was asleep.
Me 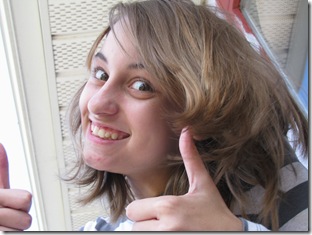 Well, I could go on and on about how amazing I am, but since you already know that, I’ll share a quote from my mother. “Yeah, we call Bekah our little old woman, she bakes, sews when she feels crafty, and watches the Duggars and the Waltons all the time. I don’t mind though. I’d rather her be doing that than watching
trash.”

Oh, and someone knows me well. Today I got an anonymous piece of mail. It was a picture of the Duggars. Thanks anonymous sender.

Apparently, I don’t find myself all that interesting, since all I can think to write about is the Duggars. hahaha.

Way to go self.