As many of you already know, this was a hard Christmas season for us as a family.

Before Christmas, Greg’s mom was fighting leukemia. At first the prognosis (in July, right before our court trip) was very good. It was said to be very treatable and ‘old age’ would likely take her before the leukemia would.  She went on chemo pills and began the treatments.

Several weeks before Christmas we were told the cancer had become very aggressive and were given a window of 6-12 months.

We prayed and prayed hard. Rachel prayed for a miracle for Grandma and asked each day if she was better.

Grandma did get her miracle….just in another form. She’s home…really home. This world was not her home.

Christmas was spent with the family taking turns being with Grandma and helping her. Hospice was called on Tuesday (would probably have been sooner if not for the holidays) and shecalled home on Weds evening.

Grandma is now no longer in pain—but is dancing before the Lord…and I imagine with a full beautiful smile.

The holidays, I must admit was a bit rough.

As Rachel said “it doesn’t feel like Christmas because I am not really in the mood for Christmas.”

Things that I am thankful for this past Christmas season:

1) that Greg’s mom is no longer in pain. She is in ultimate freedom….ultimate joy.

2) that my older kids were able to spend large amounts of quality time with her. Because of our homeschooling and flexible days, they would pack up and just go spend the day with her; doing chores, or just being company.

3) Greg’s job and employers/co workers.  They were very understanding and helpful as he took the time off to do what needed to be done.

4) Friends and family who brought meals, called, sent flowers, sent notes, and prayed for us. Know that your love made a difference!

6) Laughter. Laughter with family in the midst of hard times.

7) The birth of  Jesus that ultimately brings us the gift of eternal life.

Until we meet again….. 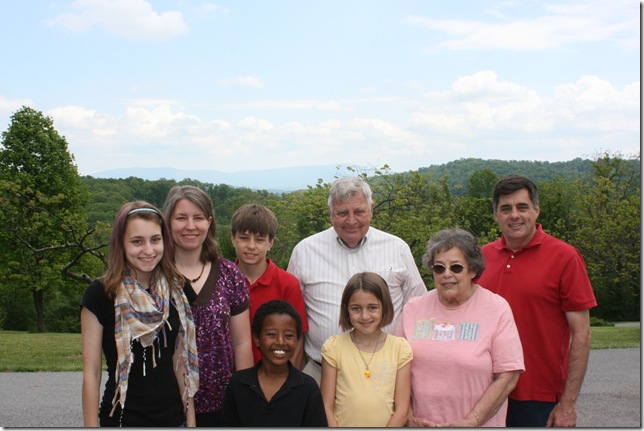 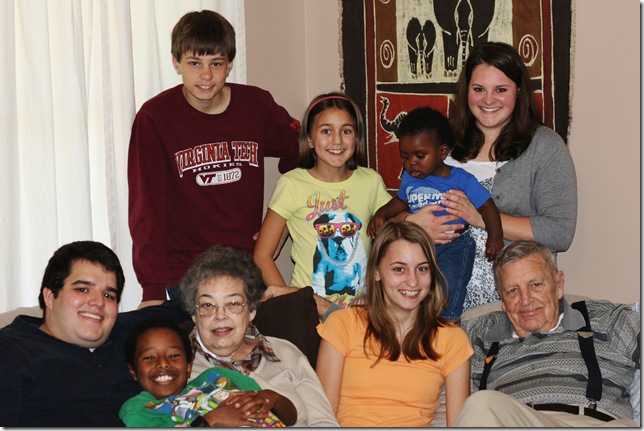 Email ThisBlogThis!Share to TwitterShare to FacebookShare to Pinterest
Labels: family, thoughts from the heart