After reading the last post, Bekah, asked if she could write the post on racism. I immediately cringed. Yea, she’s not very tactful. But…our family has been made aware, very aware, of how much it exists. Now, we are not people who look for it. We don’t automatically assume every issue/mean comment/weird look/etc. is.

But you know, sometimes you just know. You can tell.  And it makes me sad. very sad.  The kids and I watched The Help the other night (yes I bawled..as usual) afterwards Josh said “that really wasn’t that long ago.”

No. It wasn’t. And while I realize we’ve come a long way. We’ve still got a long way to go.

So here is some thoughts from a 16 yr old girl who loves her brothers and is very protective of them and whose eyes have been opened.

I am Bekah. 16 and Chrissy’s favorite child. 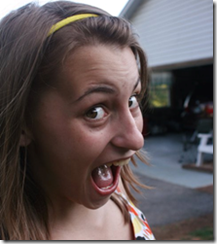 This is kind of going to be really hard to do in a way that my mother won’t delete every word I say, because I’m “too offensive” or “too rude.”

“He died not for men, but for each man. If each man had been the only man made, He would have done no less.”

I mean I know that’s not talking directly about races, but I feel like it is in a way.

Since Ab was adopted, I’ve feel like I’ve been more aware of racism. I’ve always known it happened; it just is more in my face now.

Like there is one kid, (how do I do this without being too specific?), who overall, let’s just say, well, this kid is what I call a turd. (super mature of me, right?) Anyway, this kid, picks on Ab all the time. Almost every time Ab sees the kid. This kid is mean to other kids too, but specifically Ab.

Once, he accidentally did his mean deed to another kid, and said, “Oh sorry, that was supposed to be Ab.” Ab isn’t too much of a tattler so his first reaction wasn’t, “MUST TELL SOMEONE!” We were talking like a week later, and this came up. Umm. My response? “ABBBBB WHY DIDN’T YOU TELL ME RIGHT THEN?!?! No. No. I don’t even. No, seriously though, don’t even ever play with him, he’s just an insecure butthead brat who needs to get a life. I would have PUNCHED HIS FACE. OH. MY. GOSH. IF IT EVER HAPPENS AGAIN YOU TELL ME RIGHT AWAY.”

Okay, yeah, I know, probably not the best response. Actually, I’m positive that wasn’t the best.

Then mom jumped in the car, “MOM DO YOU KNOW WHAT THAT [last name] KID DID?!?? HE IS SUCH A RACIST BRAT!”

I have a dream that my four little children will one day live in a nation where they will not be judged by the color of their skin, but by the content of their character. --Martin Luther King, Jr

Why is the person’s race the first thing mentioned? Does that describe them as a person? It describes their appearance, but nothing else. I’ve never heard anyone say, “So, this girl—she had dark hair and a few freckles, anyway, blah blah.” Yeah. No. Never heard it. It’s like “ohhh. He’s blackkkk. Okkkayy.”

Or when people say, “black people blah, blah,blah. They are all gangsters. Blah. Blah. They are thieves and liars and are generally bad people.” Or something like that.

That makes people seem so intelligent. (In case you’re slow at picking up on things, that was sarcasm)

Want to hear something I heard from someone at a Christian place? “What’s the difference between a black man and a park bench? A bench can support a whole family.”

I’m pretty sure I made a face like this. 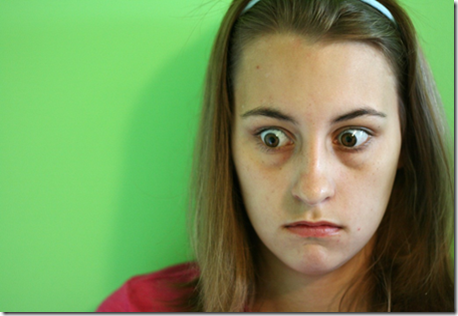 I may look semi-calm, but I have just beat you up in my head. Yeaaah.

We must learn to live together as brothers or perish together as fools. ---Martin Luther King, Jr.

I think sometimes it’s the cool thing to do. To be a racist.

And you know what my favorite thing is? Closet racists. Or so I call them. Actually, I just call them that in my head. The people who are like, “Oh, no, I’m not a racist.” Well, cool story, because it really seems like you are. The people who say “ohh, that black guy.”

This was basically just a really long rant, not well written, and scrambled. Just my thoughts though. Actually, this could’ve been way way longer.

And just because I love him:

I wasn't always black... There was this freckle, and it got bigger and bigger. ---Bill Cosby