I have been posting a lot of my thoughts over on facebook and have forgotten about my blog.  So for my total of 5 readers, here you go! :)

These thoughts were generated from the recent events in Charlottesville.  If you'd like some discussion on it..feel free to comment below or head over to my facebook page.

Am I angry? Yes, I am. And I should be and I won't apologize for it.

I am angry that I just had to have a plan of action talk with one of my sons in case he encounters anything tomorrow.

Anger is not a wrong emotion in itself. I don't ever want to not be angry over these things.

It's what we do with that anger---do I allow it to turn to hate and darken my heart or do I let it compel me to action?

To stand up against injustice in any form--that's what my anger compels me to do.

And yes, love and prayer is part of that action---always! But so is standing up! 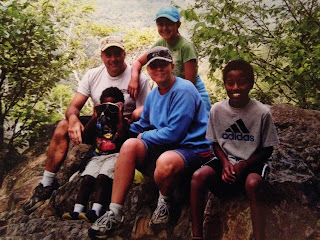 It's easy for people to share articles and be filled with angst over this weekend's events on social media. We get caught up in emotion and how dare xyz.

But how many people are going to counter protest day to day in your life? in your school? in your job? in your church?

Who is going to speak up for my sons when a racist joke is told? because we've heard them in our own yard during homeschool events and during church meetings.

Who's going to speak out against blatant prejudices or preconceived ideas?

Who's going to check their own hearts for those prejudices and work to get rid of them?

Who's going to seek out friendships across racial divides?

Who's going to stop whispering "she's dating a black guy"

Who's going to be okay with when their daughters come home saying they like one of my sons? (that's a big one there!)

That's what will change things. Day to day living it out in your life.

Posted by Charisa No comments: